Education can be and probably is the best way for our communities and people to rise above today’s current standards.We as people should use the resource of education to help overcome all aspects of negative world happenings. We have to use it as a driving force that would make available to us the common luxuries and securities that any normal person would want.

“Knowledge is Power” this is so true but I have also heard one to many times over the years that “College is Overrated”.  After coming of age and the positioning myself in this world, that statement is now and forever… wrong!  In today’s world having the opportunity to attend an institution of higher education and thinking is quite possibly the only way to travel the path of life.

Having grown and developed at a disadvantage. I took the example of my parents and ran with it. They themselves never attending college but being rather more successful than most with lists of accomplishments that could be considered above average.Yet… they to have fallen. They could not properly sustain their success even though being more than capable.

In today’s ever-changing, technological, light-speed global economy we should strive to help position ourselves and our offspring to heights well beyond our own undertakings. Some of us have grown up in environments where covering the bills was considered a way of life.  Just “Having Enough” will do and “I’m a Survivor” and I will “Make due with What I have”. Not saying these forms of thinking is wrong or neglectful but do we not want more from ourselves and  lives?

The less or uneducated man is least likely to succeed. Just a high school diploma to progress is not enough. For our young people to have any chance of a healthy, fulfilling and comfortable lifestyle we have to educate them!

I think of my nieces and nephews when I say “I wish I could afford to send them to school to better themselves.” 1 or 2 may get scholarships, toil away at the system and turnout alright, but I want more for them.

We as people have been victimized for many years, this should not put us in a place where we have no desire to better ourselves just because. We have to instill in our up and coming generations that higher education is a necessity. That they are incomplete without it and it will make them a more contributing individual to society as a whole. They can never know who they are in the appropriate timeline unless they engage the muscle of the mind so that it can afford them to be all they can be.

Is it not forward thinking and reasoning outside the common place where inventors have excelled even the inventions and innovations out of a basic need still needed to be perfected; by an educated mind.  Blueprints, mass production, the internet… was not conjured up by the simple-minded. It took know how and education to bring these things to light .

As parents and role models we have the “privilege” to imprint the future inhabitants of our world who will undoubtedly control and or play a major part in our own well-being. We being the elders who will one day depend on these/our young to maintain and facilitate our coming and goings. We should hold the responsiblity gravely and ensure these future leaders are the best at what they do. We have to educate the young people and remind them that “failure to educate” is an option to die for.

In exploring this entry, I have found myself at a point of explanation. I know my writing has focused on college education. This does not mean that I do not believe in the search for knowledge in other venues and streams. I also mean to say I believe this standard should start from the person on the floor to the guy up in the office.

Hairdressers: Should take some form of accounting and business administration courses so they can have a full background to make their business profitable and able to sustain. Knowing not every professional stylist is going to open their own establishment but in the event they decide to. They will be ready or equipped to tackle the endeavor.

Education by definition:: (the act or process of imparting or acquiring general knowledge, developing the powers of reasoning and judgment, and generally of preparing oneself or others intellectually for mature life.)

That definition is what we should strive for…

One response to “Education Not For Everyone?”

Let Me Know What Thoughts I Provoke! Cancel reply 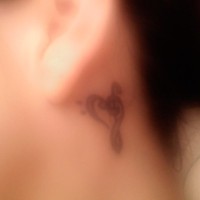 © Da Absentee - © Dual Perspective
2010 - 2023
All Rights Reserved. Unauthorized use and/or duplication of this material without expressed and/or written permission from this author and/or owner is strictly prohibited.

Through the Eyes of an Island Girl

In the words of Ms. Erykah Badu, “I’m an artist, and I'm sensitive about my shit.” So be gentle; honest, but gentle.

A little something for you.

Speaking Out on the Unspeakable

Dawn's Blog: A place for Open Minds, Revolutionary Thinking, and Real Talk, all B.S. aside. It's time to be a Voice, not an Echo. You must Speak your Truth even if your voice shakes...

My Mind, My Mood, My delicately poisoned pen...

Things I fancy, and things I dont...

From the Inside In

If you want to be a hero well just follow me

Watch closely as an author thoughts unveil truths through a vision that was once mere premonition. Thoughts From A balcony inside the minds of the intuitive

The official page of the artist created to host the project 'CUT OFF'.

WITHIN ARE PIECES OF ME